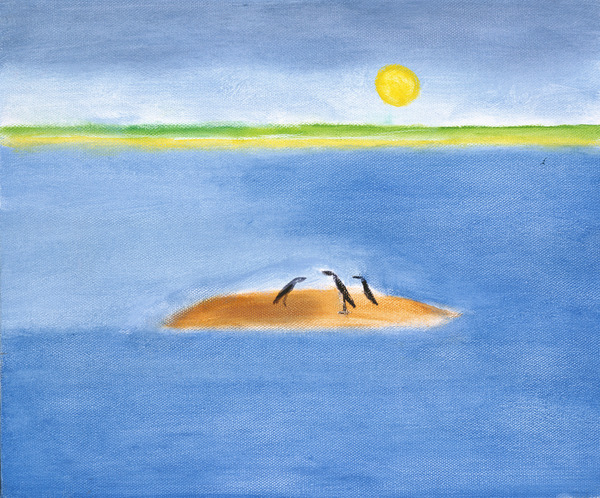 A humorous, non-conformist Craigie Aitchison gained world acclaim through his powerful and evocative artwork of ‘black people, dogs, religious pictures and still life’s’ (in his own words).

Born in Edinburgh on January 13 1926. Aitchison’s father was a lawyer and he was educated at home by a governess. His first ambition was to follow in his father’s footsteps. After having spent four years training to be a lawyer, Craigie Aitchison failed his exams.

Whilst studying to become a lawyer, Aitchison had become a frequent visitor to the Tate, where he would attempt to copy works of art. This inspired him to later enroll at the Slade, where he studied under William Coldstream and Robert Medley.

After leaving the Slade, Aitchison returned to Scotland but became a frequent exhibitor at the Royal Academy, the Serpentine Gallery and the Gallery of Modern Art in Glasgow.

Aitchison was inspired by his love of both Scotland and Italy and portrayed this in his use of vibrant and bold colours. The artist’s work is represented in the collections of the Tate and the Royal Academy, and in the private collection of Sir Elton John.