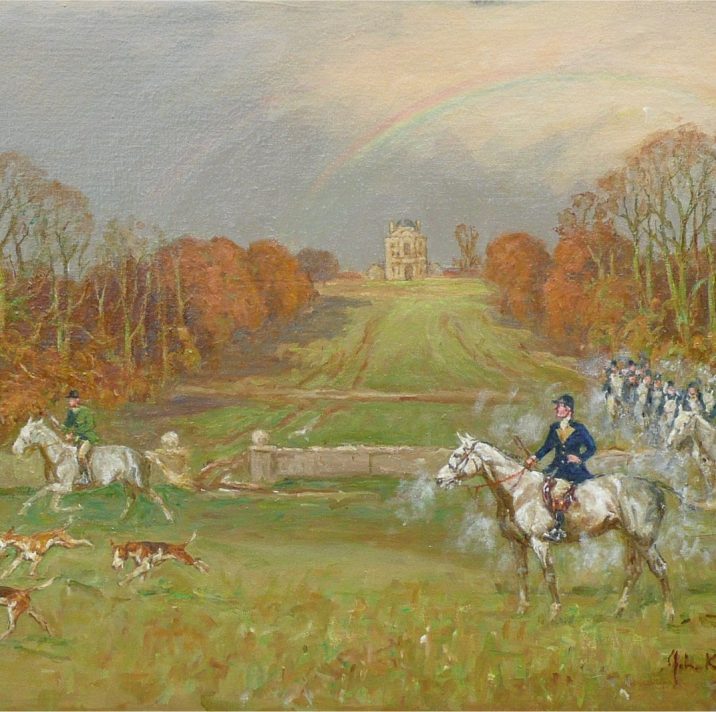 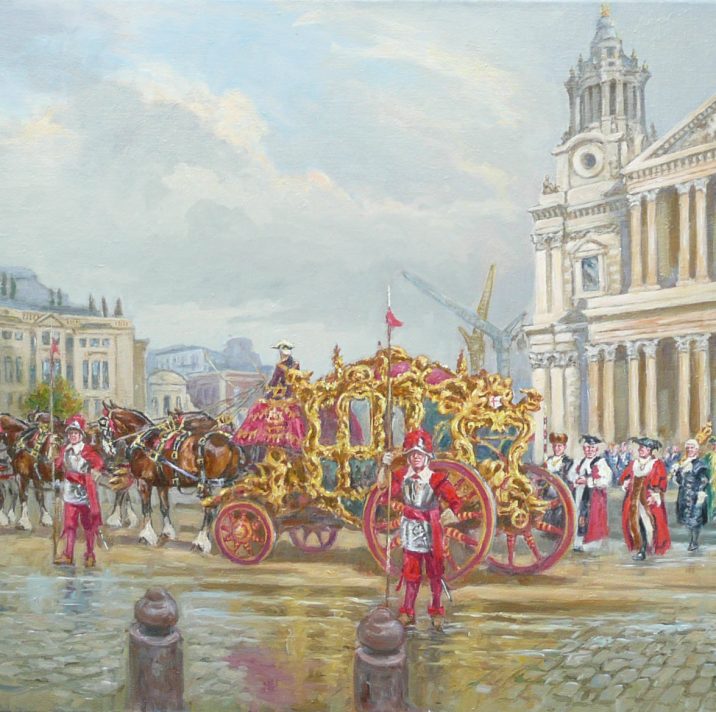 John King was born at West Tytherley near Salisbury where he lived all his life. It was due to the influence of Lionel Edwards, a fellow farmer, neighbour and family friend, that he became a fulltime artist. Having always hunted and participated in point-to-point racing, he specialised in equestrian and field sports, portraits, family groups, military, ceremonial and latterly bronze sculptures. Hunting and commissions took him all over the UK and also to Ireland, mainland Europe, USA, South Africa and the Middle East.

He also painted landscapes and architectural features in many European countries, particularly France, Italy and Spain. A significant number of his works have been reproduced as limited edition prints. He has done illustrations for the ‘Illustrated London News’ and ‘Horse and Hound’, and also illustrated books by Michael Clayton, Jim Meads, Robin Page and others. He had 10 one-man exhibitions and many shared in London between 1966 and 2010. He also exhibited with the Royal Institute, the Society of Wildlife Artists and was a founder member of the Society of Equestrian Artists.

In 2000 he was commissioned by Sheikh Mohammed Al Maktoum, Ruler of Dubai, to paint a picture of his famous racehorse Dubai Millenium. The picture is 16ft by 8ft, and is now hanging in the Emirates Towers Hotel in Dubai – it is believed to be the largest oil on canvas to have been painted in the UK in the last 200 years.

His patrons included the Dukes of Beaufort and Northumberland, the Royal Bodyguard, Household Cavalry, Parliament, Livery Companies and Tattersalls, to name but a few. His last painting of the Beaufort Hunt at Worcester Lodge was completed a couple months before his death, his first of Salisbury Cathedral dates from the 1930’s.

Courtesy of the artist’s estate.