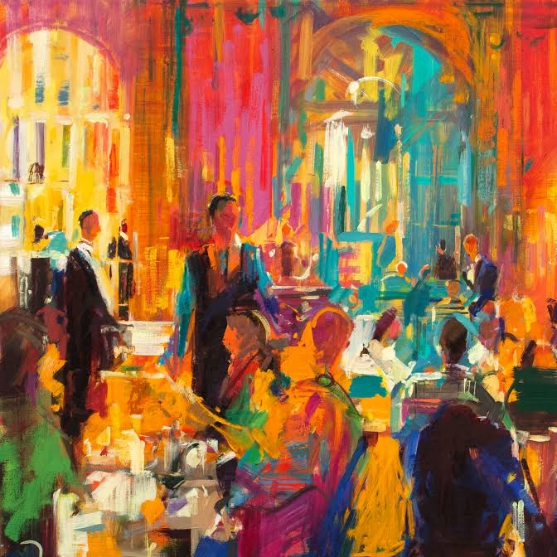 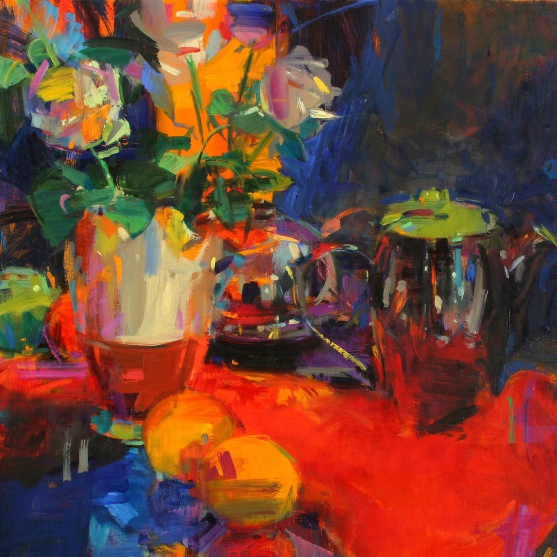 Peter Graham R.O.I. is a Member and former Vice President of the Royal Institute of Oil Painters ( R.O.I).

From 1976- 1980 he studied at Glasgow School of Art under Barbara Rae CBE, RA and David Donaldson, Painter and Limner to Her Majesty The Queen.

His work has been widely exhibited over the last 40 years including with The Royal Institute of Painters in Watercolours , The Royal Society of Marine Artists, The Royal Scottish Academy, Forbes Magazine Gallery and numerous other institutions in New York, Singapore and Bermuda, as well as in London and around Britain. En plein air paintings of the French Riviera and New York are favourite subjects alongside harbours and café scenes captured around the world with his trademark vibrant colours and joie de vivre. His oils and watercolours can be found in many collections including The British Council, The Public Catalogue Foundation, The North London Hospice, Ernst & Young and The Nanyang Academy of Fine Arts, Singapore.

He is a regular contributor to ‘The Artist’ Magazine and is author of “An Introduction to Painting Still Life” ( David & Charles).