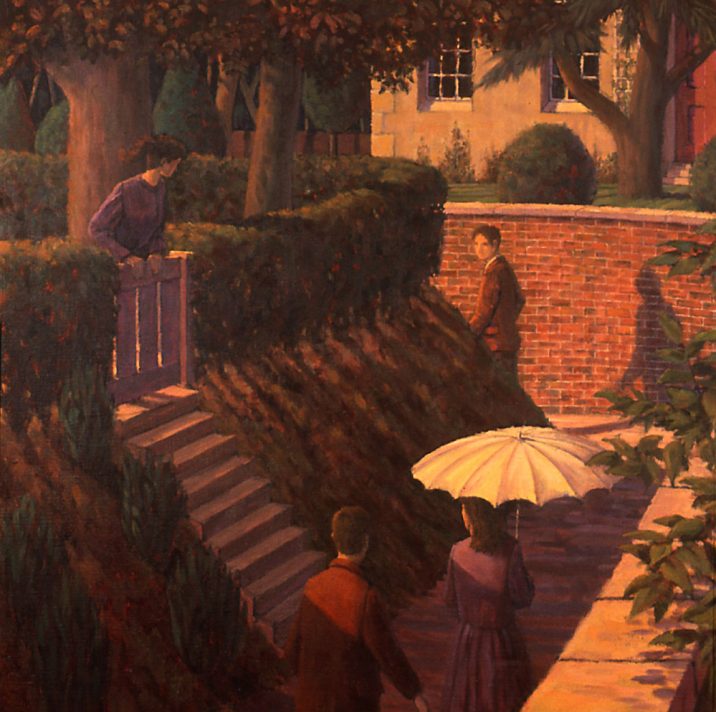 Tony Peart was born in Darlington, Co. Durham in 1961 and now lives in Carlisle, Cumbria. He studied Graphic Design (illustration) as an undergraduate and Fine Art (painting) as a postgraduate and is currently a Senior Lecturer at The University of Cumbria, Institute of the Arts.

He has had solo exhibitions at the Piccadilly Gallery, London, and the Vicarage Cottage Gallery, Newcastle upon Tyne. He has also researched and had published numerous articles on aspects on 19th and 20th century decorative arts with a particular focus on the work of the Arts & Crafts architect, C F A Voysey.

He has said that his narrative works are painted from a strong sense of affection and a belief in the importance of those seemingly insignificant moments, all too easily lost with the passage of time and explained:

“…most of these people and places do not exist. They stand as metaphors for real experiences and emotions, filtered by the vagaries of memory and the formal aspects of composition.”

Courtesy of the artist.