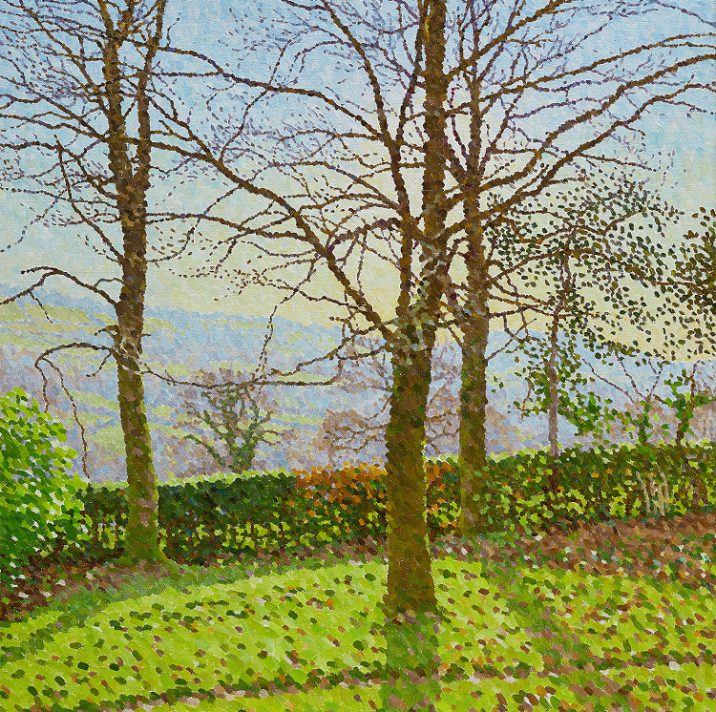 After completing his formal training, William Wilkins taught and painted for seven years before making a radical change of direction in the late 60s. At this point he abandoned the abstract work on which he had been engaged and embarked on a rigorous regime of drawing, figure, still life and landscape, which lasted for five years. All the work done at this period used an exclusively cross-hatch technique.

Wilkins’ early work tends to be concerned with tone and colour and frequently employs many layers of paint. Subsequently, his work has developed much more interest in luminosity and opacity and there is seldom more than one layer of paint on the canvas. No preliminary drawing is done on the canvas and there is no underpainting.

Paintings have taken anything up to thirteen years to complete, depending on the light, seasons and interruptions. All are worked on from the subject, in the correct light and, in the case of landscapes, at the same season and the same time of day. William Wilkins lives and works in Wales, but for the past thirty years he has also worked in Venice where, apart from the intrinsic appeal, the challenge of working between the Scylla (the great models of Turner and Monet) and Charybdis (the millions of banal representations) has been stimulating.