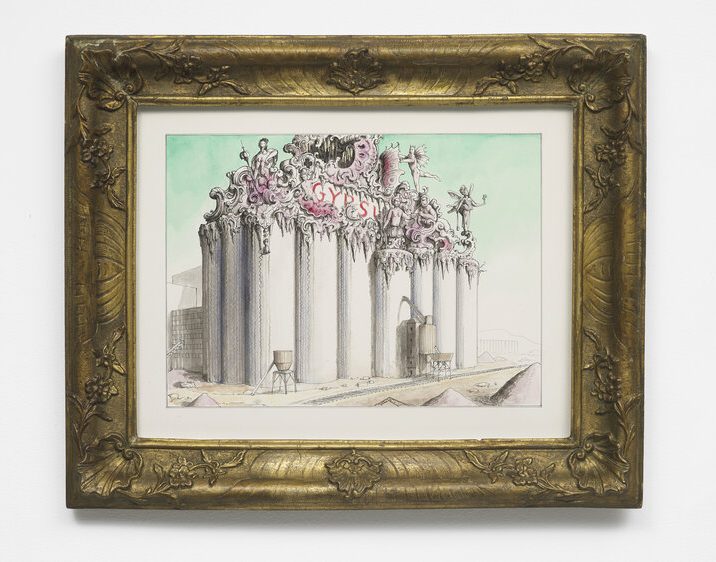 The artist also shares details of the preparation involved in his recent solo exhibition in Turin, which incorporated performance, dance, installation, drawing and multimedia elements.

Drawing is at the centre of everything I do, which allows me a lot of detail and the use of rulers and compasses, which is sometimes important when representing architecture. I work on paper, with pencil normally, and then go over it in ink, ink wash and watercolour. Sometimes I draw with ink directly onto the paper, such as when I make book illustrations.

I use drawing to both create finished artworks, and as a way of planning artworks in other media, such as painting, installations and performances, as well as designing small scale architectural structures. Both the finished drawings as artworks and the plans for these other artworks blend into each other so it is possible to say that drawing bridges these various strands in my practice.

I look at a lot of books, and I look at a lot of decorative objects. I prefer images of architecture in books to the actual experience of looking at a building in the flesh, so I have a large reference library. On the other hand, when it comes to objects, I prefer the real thing. For example I collect silver in order to understand it better in 3D and use it as a vehicle for thinking about design and ornamentation. 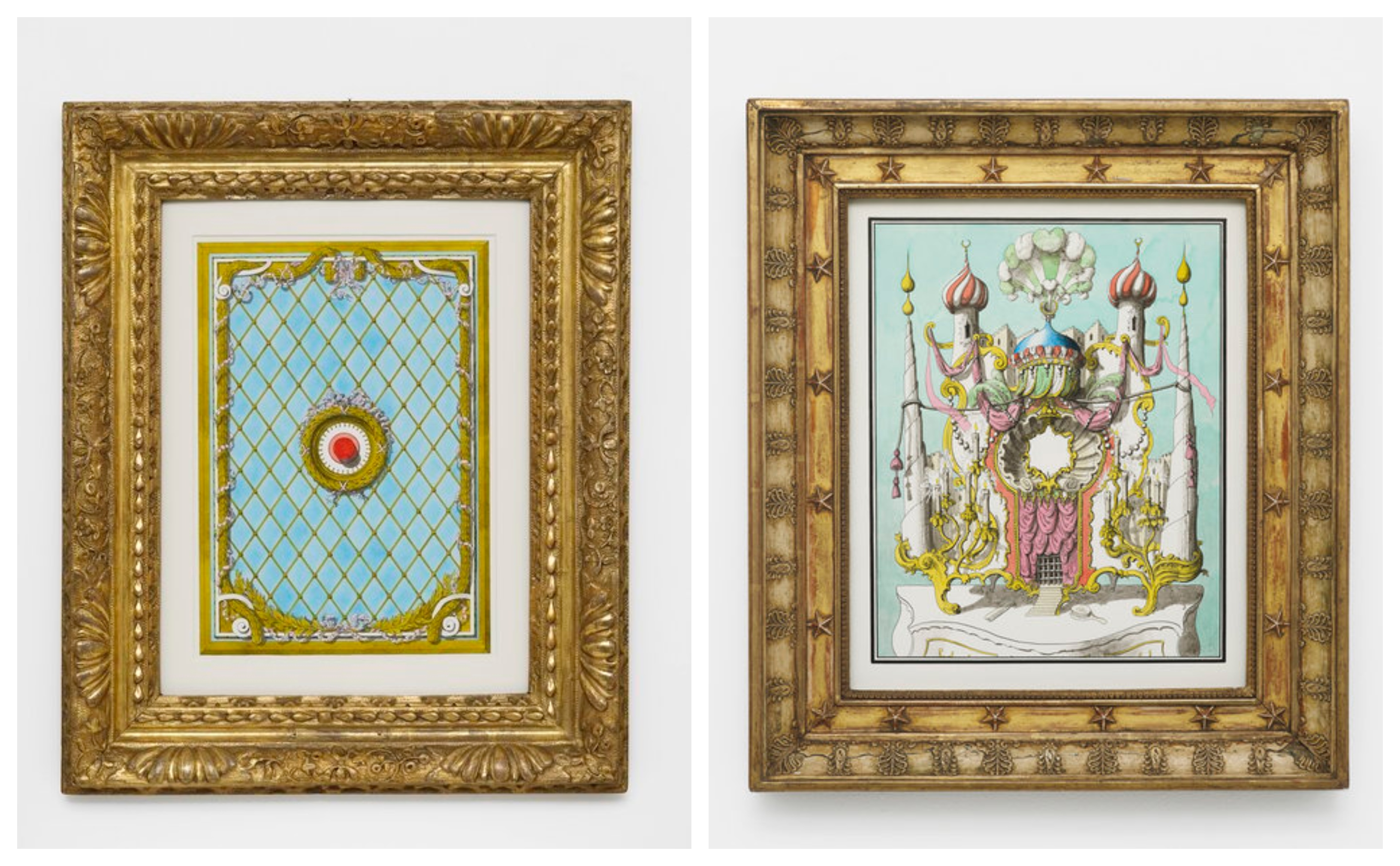 ‘Panic Button in Russian Style’ (2019) & ‘Dressing Mirror in the style of the Turkish Seraglio’ (2019). Ink and watercolour on paper, artist’s frame © Pablo Bronstein

A recent show I made at the OGR, a large warehouse type museum in Turin, illustrates my working practice. It involved installation, film, performance and drawing, and then a publication. I collaborated with curator Catherine Wood on the work. We discussed ideas a lot, and then I made several sketches of the installation, which were gradually refined through the drawing process. 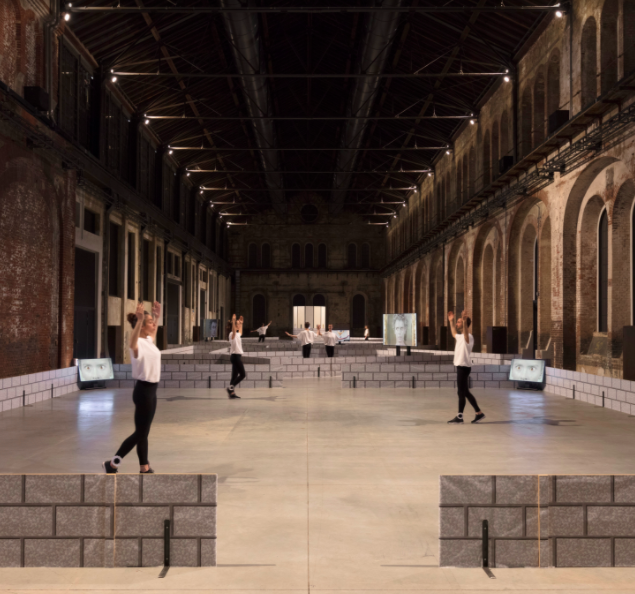 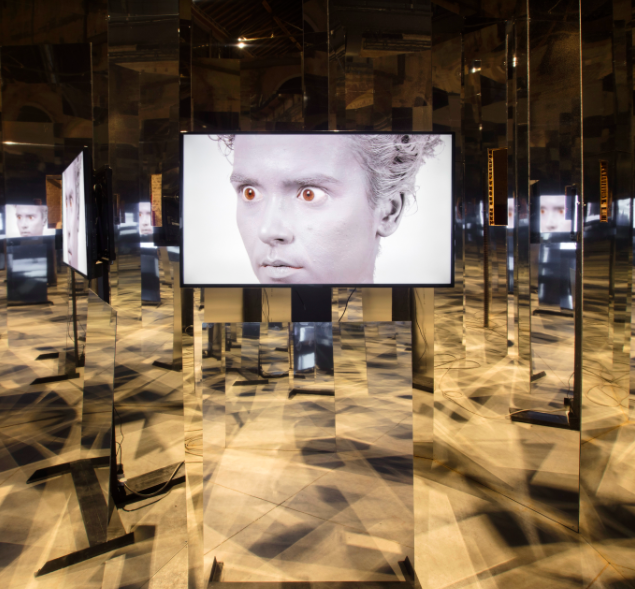 Working with a dancer and a choreographer Rosalie Wahlfrid, we made a series of films that were to be projected within the installation I had designed. I then made a large elaborate detailed drawing that functioned as a map and key to the sequence of spaces, and this large drawing was then shown at the start of the exhibition.

The choreographer and I then interviewed a large number of dancers and chose based on their ability to understand a particular type of baroque movement I was aiming at. Rosalie and I then began to choreograph the dancers while the set was being built. Once finished, the dancers rehearsed in the actual space, and the videos were installed. Catherine Wood gave her opinion on the work, which was then revised accordingly and the show opened. Finally we produced a book, which incorporated a story written by Catherine and a sequence of images and captions composed by me. The book became a work in itself after the performance installation was taken down.

My parents tell me that I have always drawn compulsively since I was a baby. I made a drawing when I was 7 called King Aeety’s Palace, which was a design of a very elaborate palace on the coast, replete with onion domes, Ottoman style windows and bonkers ornamentation. The school framed it and put it at the entrance, and I then made various versions of it. I don’t think I’ve ever really stopped doing them.