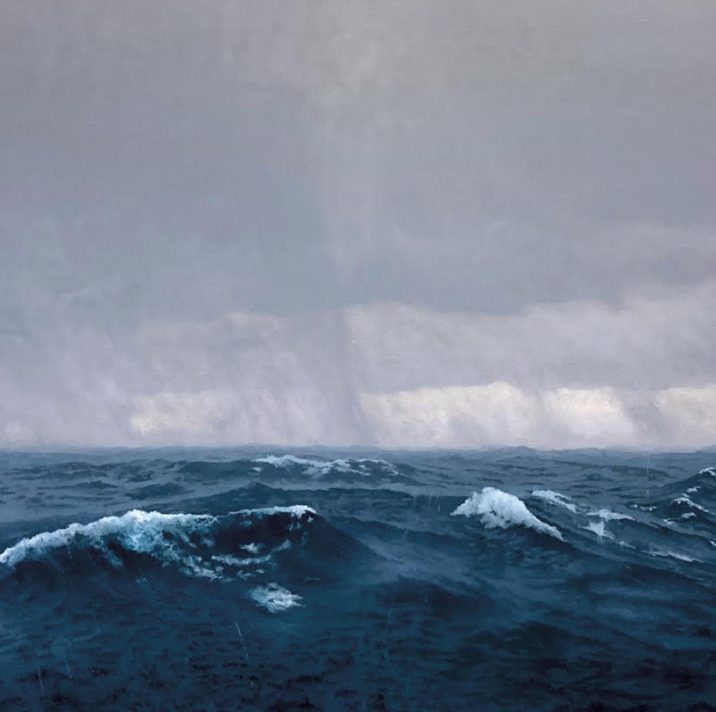 'Rain in the N Atlantic' © Sax Impey. Image courtesy of the artist.

Artist Spotlight: Sax Impey
The ACS Artist Spotlight Series takes the format of a brief interview where we pose the same six questions to each of our chosen artists, inviting them to expand upon their practice and the inspiration behind their work.


In the latest instalment of our 'Artist Spotlight' series, ACS member, Sax Impey takes us through his working process and explains how his experience sailing in harsh conditions has informed his process. The artist also speaks in detail about harnessing the distinctive quality of oil paint as a means to capture the ocean's waves.

I work in oils, and use a lot of glazes. When I started painting, I didn’t like the quality of acrylic paints – I’m sure they’ve improved, but I’m comfortable with oils. I use charcoal for drawings. These, and the paintings, tend to be slow, and take a lot of time, so alongside these I make quicker works, which begin life as mono prints, which I work into and over with oil paint.

For a number of years now, my experiences sailing long distances at sea, in various oceans all over the world, have provided the inspiration for my work. I’ve been working in the same studio overlooking the sea for the best part of 20 years, but rather than looking at the ocean from the land, it is the realities of the open ocean far from land which I find compelling. 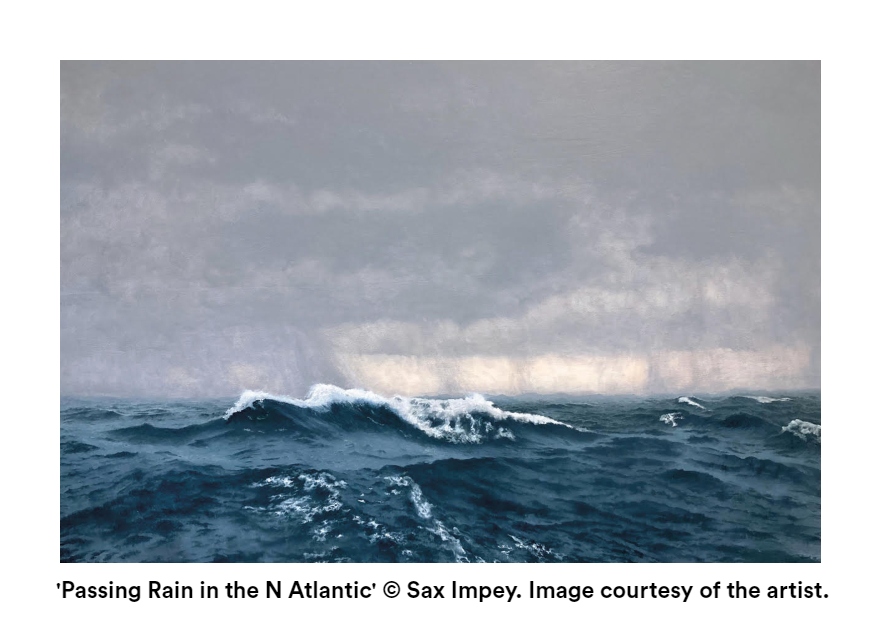 I’ve been working in the same studio overlooking the sea for the best part of 20 years, but rather than looking at the ocean from the land, it is the realities of the open ocean far from land which I find compelling.

I have built bodies of work, and exhibitions, around particular sailing voyages. The most recent drew on experiences of sailing from the Caribbean to New York, and other trips in the Atlantic. Previous have included 5,000 miles in the Pacific, or from Australia to Singapore, and various others.

I return from these with documentation of the voyage – my logbook, sketchbooks, charts, photos, films – and make studio based works which seek to revisit and interrogate the nature of specific experiences. I’d say my work is characterised by observation, and a sense of bearing witness, and I’m interested in veracity, in trying to make works which contain a sense of the truth of lived experience.

To that end, source material can only take you so far … once a painting has some sense of its own identity, it becomes a constant shifting dialogue between the painting as object, and descriptive narrative, with decisions predicated by the search for an often elusive, somewhat nebulous idea of feeling.

Q. It would be great if you could choose one of your favourite or most recent pieces of work and expand upon it? 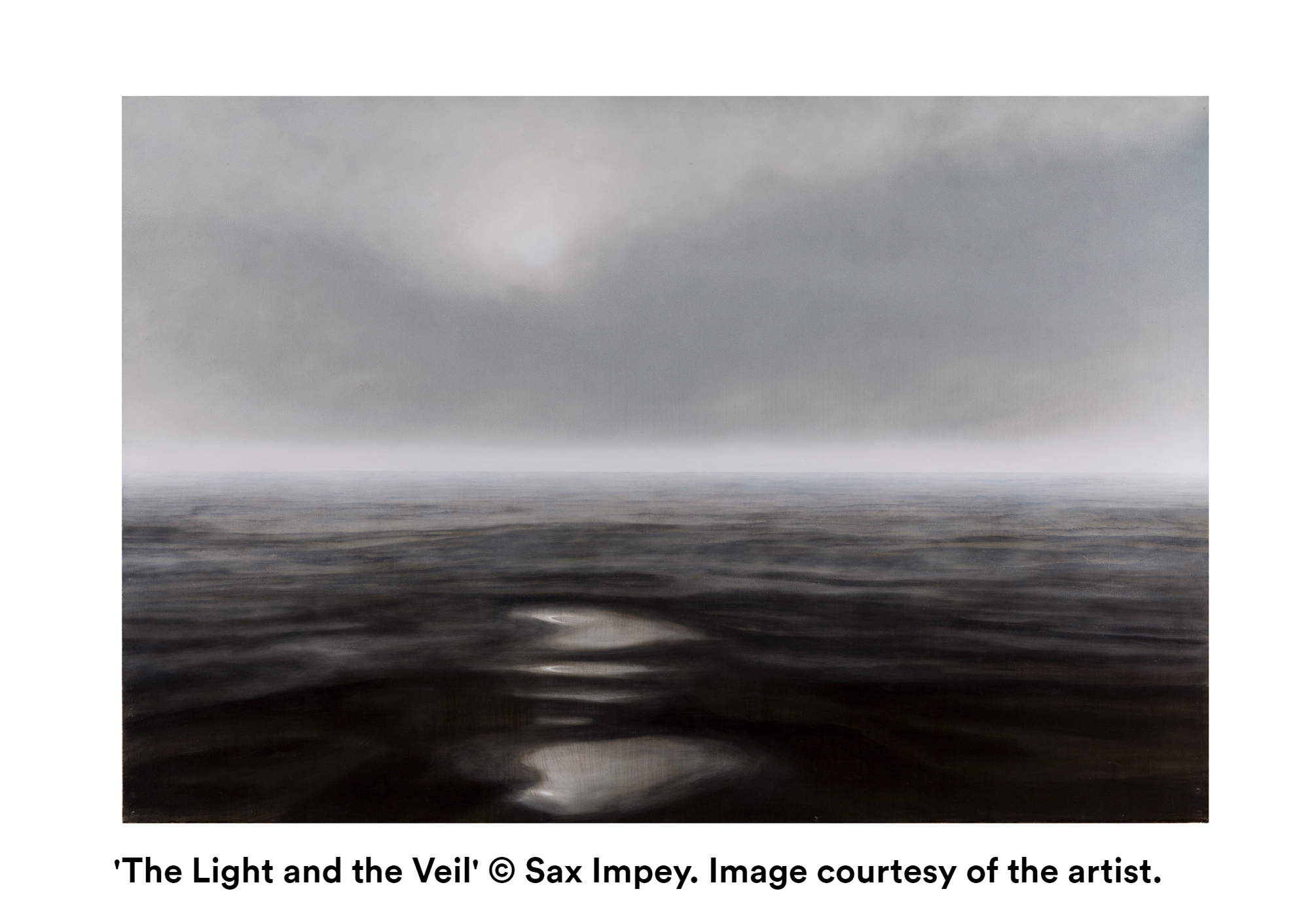 My artwork, ‘The Light and the Veil’ is part of a whole body of work that was based on sailing through one of those very thick fogs which frequently occur off the coast of Portugal. The sea was flat calm, and everything was silver grey.

As the fog began to thin, the white disc of the sun appeared above a white horizon, casting glimmering reflections on the metallic, mercury water, which itself appeared to be creating gossamer wisps of mist. I like the dialogue between painting as object and narrative in this one, and the paint treatment … the sea is just a few lines and tones, a lot of suggestion.

Pertinent to the maritime history of St Ives, Porthmeor Studios has provided a crucial workspace for some of Britain’s most influential painters including ACS Member Wilhelmina Barns-Graham.

First used as a base for pilchard trade, the legacy of fishing and industrial labour continues to influence the work of Porthmeor's artists to this day.

For more information on ACS talks and events about the details of intellectual property rights, visit the ACS Talks and Events page.