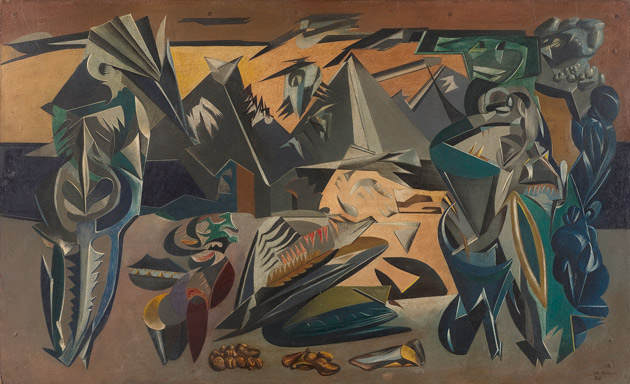 'Conscience and Conflict: British Artists and the Spanish Civil War'

The exhibition ‘Conscience and Conflict: British Artists and the Spanish Civil War’ currently on display at Pallant House Gallery presents work by several ACS artists created in response to one of the most significant conflicts of the Twentieth Century.

With works such as posters produced by Frank Brangwyn for aid campaigns, to the transcendent visions of Edward Burra, Wyndham Lewis and Merlyn Evans on display, the exhibition explores the visual history of the Civil War by presenting the complex creative responses in a sensitive and moving tribute to mark the 75th anniversary of the end of the War.