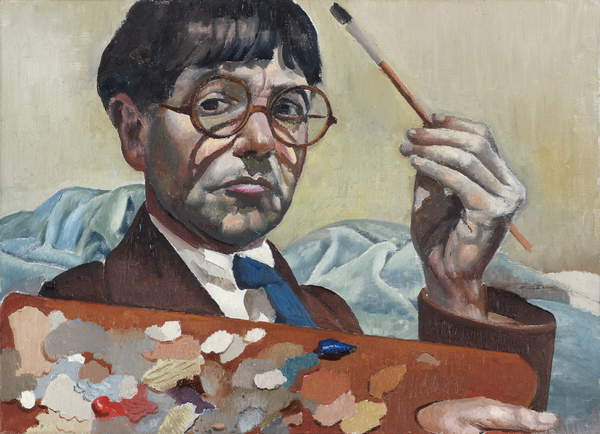 Artist Spotlight: The Stanley Spencer Estate
Managing Director Lady Bridgeman and Senior Manager Kimberley Ahmet of the Artists’ Collecting Society (ACS) sat down with John Spencer, grandson of ACS member Stanley Spencer, to discuss the work that goes in to safeguarding the legacy of the artist, and how intellectual property rights such as copyright and the Artist’s Resale Right (ARR) help support the estate.

Can you provide a brief overview of the artist and his work?

Most people seem to consider Stanley Spencer as one of the most important British artists of the twentieth century. He’s known mainly for his religious and figurative paintings, but also his ship-building and Burghclere Resurrection series. As well as being a prolific artist, he wrote a lot of interesting and fascinating stuff.

What role do you play as a beneficiary and as part of the artist’s estate?

My mother Unity and my aunt Shirin asked me, as his grandson, to take over the day-to-day-running of his legacy. Whilst ACS and Bridgeman Images handle most things ARR and copyright related, I deal with everything else. There are quite often questions that people want to talk to a direct descendant about. Sometimes there isn’t a straightforward answer because the requests are complicated. My role is to act on behalf of [my family], and to help with promoting Stanley, and also filtering between the sensible and the bizarre requests we sometimes get. 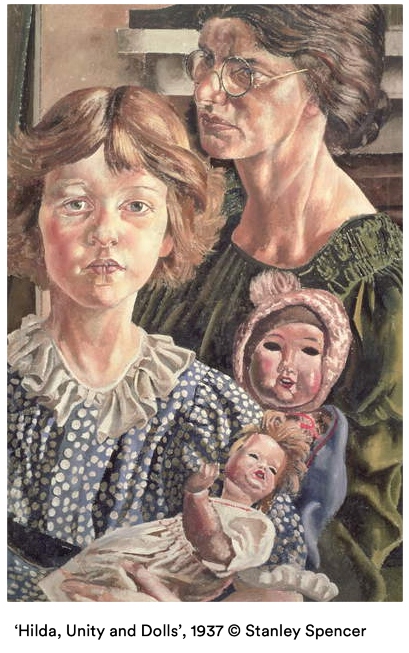 That leads me to our next question. Do you feel that you have a responsibility to uphold and promote the legacy of your grandfather?

I’ve discovered that I have no choice but to do so – since I have taken over the bulk of the requests, I have become aware that people want a piece of my grandfather. Like a celebrity, a film star, an actor, they wanted to get at my grandfather. When somebody writes something or offers something that’s more about them than about promoting Stanley, I get suspicious. I try to be objective and not protective when handling requests. You sign up to places like ACS because they want to help and share the work of my grandfather, like the Stanley Spencer Gallery in Cookham who are all volunteers.

How do you think that intellectual property rights such as copyright and ARR help the estate?

We get a modest amount of money from intellectual property royalties. When an auction house is selling Stanley Spencer pictures for lots of money and they ask us to help with provenance and the story behind the picture, they sometimes seem to baulk at the idea of paying me something for my time when everyone else is being paid for their time. ARR and copyright royalties go some way to compensate me for the work I do, which verges on a full time job. ACS does so much of the work – the contract and legal bit and the stuff that I wouldn’t know how to do. The ARR and copyright royalties ACS and Bridgeman Images administer help to pay for the work I put in to promote Stanley Spencer.

What steps have you taken to promote the Stanley Spencer estate?

Since I’ve got involved and we’ve signed up to ACS, we are publishing Stanley Spencer’s autobiographies and exploring the idea of making a film. Through ACS management, we were introduced to Executive Producer Philip Armstrong-Dampier and Director Francis Hanly which resulted in the BBC Arena documentary, ‘Stanley and His Daughters’.

Frank Hanley has directed a 75-minute film. He put a camera in front of Shirin and Unity and just left it rolling. We didn’t structure or plan the piece. Over a year and a half of filming, it grew into a story of the daughters’ difficult life, a troubled family. It is a fascinating insight into the Spencer family. 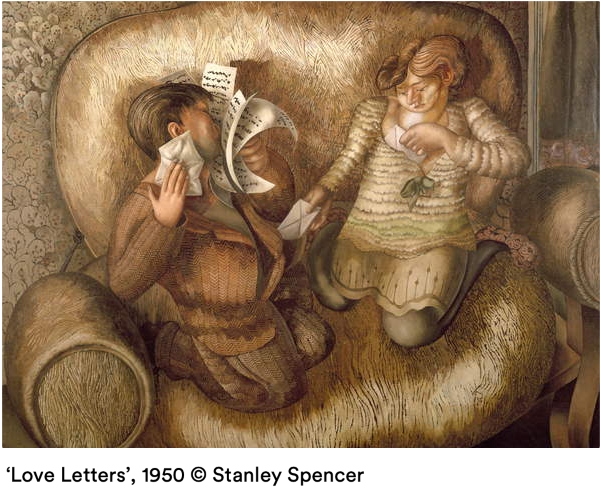 I have also begun researching and archiving Stanley and his wife Hilda’s letters. In the past, people have often taken these letters out of context. Having recently read through them, I can see many areas where the common narrative differs from reality. It’s easy to take something out of context and writers have done over the last 50 years with Stanley’s words. I am wading through some 4 million words of Stanley’s and transcribing 300,000 for this book, which again will take months and be expensive.

However, the interest in Stanley’s work is extraordinary. It is a treat, an honour and a privilege to be part of it, but it is a lot of time and is a huge amount of work.

ACS has always prided itself on being more than just a means of collecting royalties. We try hard to be a real support to our artists and their estates. How well do you think that ACS has supported the Stanley Spencer estate?

Since we signed over management of the estate’s copyright and ARR to ACS and Bridgeman Images everything we have done – the book, Unity’s exhibition at the Fine Art Society and the BBC documentary – has happened as a result of that decision.

When I ring up, the team is helpful and knowledgeable. There is trust and understanding between us. I can ask difficult questions, I get straight, honest answers and when we need to rummage around with a request and decide what to do, we always find the right decision. I recommend either company to anybody.

Since working on transcribing Stanley Spencer’s writings, what has been the most interesting discovery?

I found a rolled-up piece of wallpaper 6 foot 8 inches long on which Stanley had written a letter to Hilda. It’s a very suggestive, fruity letter. We have just hired someone to transcribe 250,000 words of his letters and archive, and the person we have hired has agreed to do it for a lot less than the going rate because of its importance. We are only able to pay for it because somebody bought a Stanley Spencer painting and paid a modest amount of ARR. 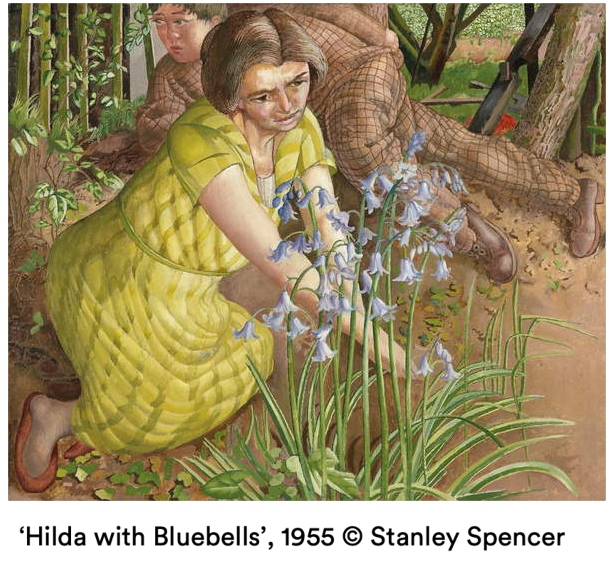 Looking forward to the future, what is your focus for the archive?

There is an archive of material that goes way beyond Stanley’s paintings. We want to produce a book of Shirin’s poetry and I want to read Hilda’s manifesto for a new world order. There is also interest in Hilda’s paintings which we would like to explore.

It is an amazing archive, an amazing legacy. Stanley’s story is just as relevant today, it is not just about art, it is a human interest story of a husband and wife, and their troubled marriage.

With [Lady Bridgeman] and her team at ACS and Bridgeman Images, it is so much easier to work on everything. You’ve got a team who are dedicated to administering the royalties which help us maintain the estate and its legacy. They also have the knowledge to help you make difficult and complicated decisions.