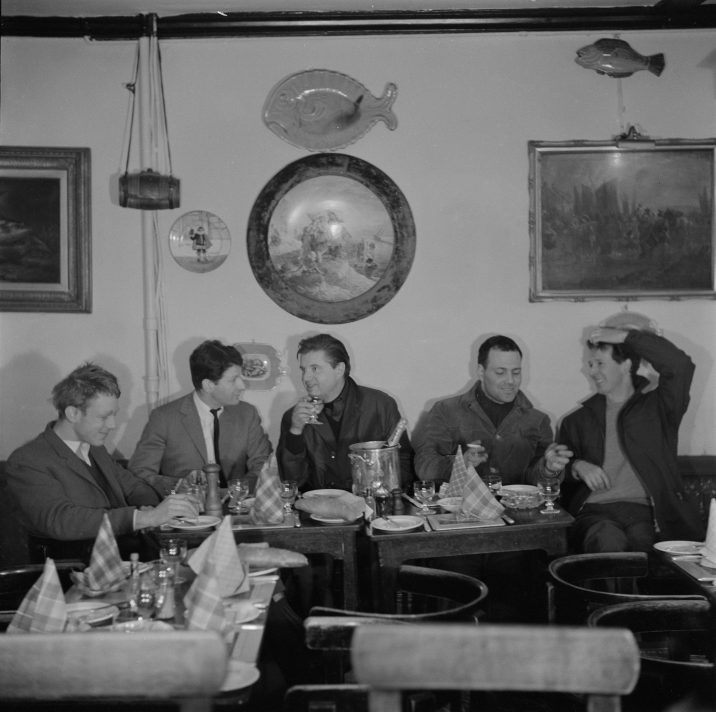 The show takes its inspiration from John Deakin’s celebrated photograph that shows the four artists and a young Timothy Behrens at a Soho restaurant in 1963. The exhibition is curated by the art historian Richard Calvocoressi and contextualises key works by these era-defining artists.

The nature of the friendship between these four painters allowed for a healthy mix of competition and collaboration. Of the four, Freud alone collected his friends’ work. At the time of Freud’s death, he owned fifteen paintings and a large number of works on paper by Auerbach.

The exhibition is accompanied by a fully illustrated catalogue featuring essays by Martin Gayford and Florence Hallett, and an interview with Frank Auerbach by Richard Calvocoressi.