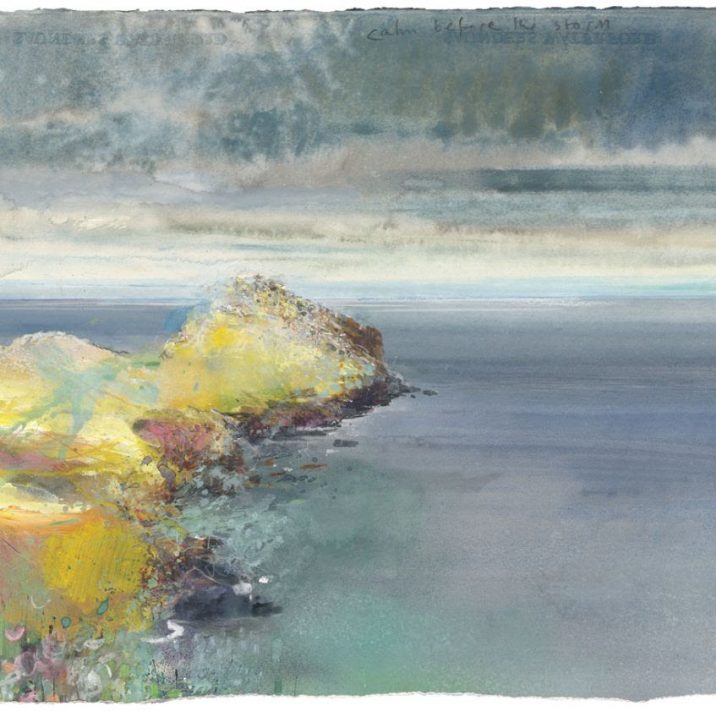 Calm Before The Storm (2019) © Kurt Jackson⁣. Courtesy of the artist

Kurt Jackson Featured on BBC & ITV
In the first week of January 2021, ACS artist Kurt Jackson featured in two television programmes on the BBC and ITV!

The artist joined the first episode of Rick Stein’s Cornwall, to discuss the artist’s “en plein air” approach to painting and the inspiration he finds in the Cornish landscape. The episode originally aired on 4 Jan 2021, and is available to stream now on BBC iPlayer.

Jackson also joined the opening episode of Cornwall and Devon Walks with Julia Bradbury, talking with Bradbury about Cornwall on the first walk of the new series. The episode originally aired on 6 Jan 2021, and is available to stream now on ITV Hub.