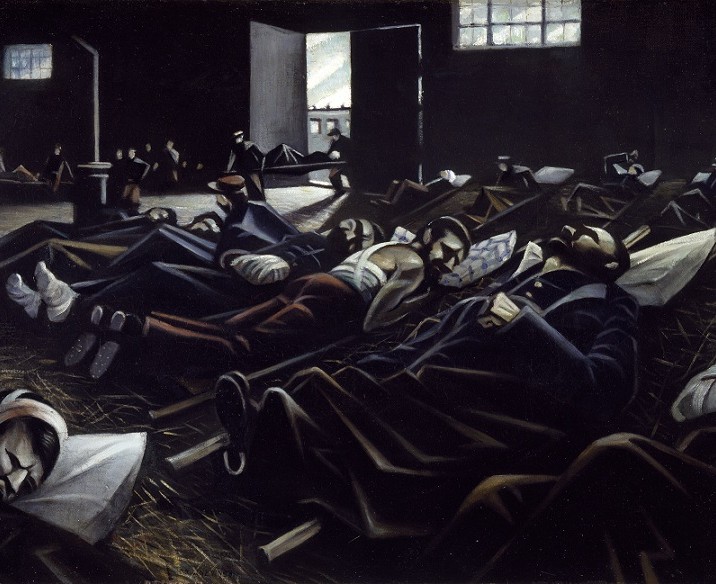 'Rebel Visions: The War Art of CRW Nevinson' at the Barber Institute

A striking collection of works by ACS member Christopher Richard Wynne Nevinson is currently on display at the Barber Institute of Fine Arts, Birmingham.

Timed to coincide with commemorations of the First World War centenary, Rebel Visions: The War Art of CRW Nevinson presents a range of paintings, drawings, prints and posters which explore the arresting imagery of one of Britain’s most dramatic war artists during the most powerful and prolific period of his remarkable career.