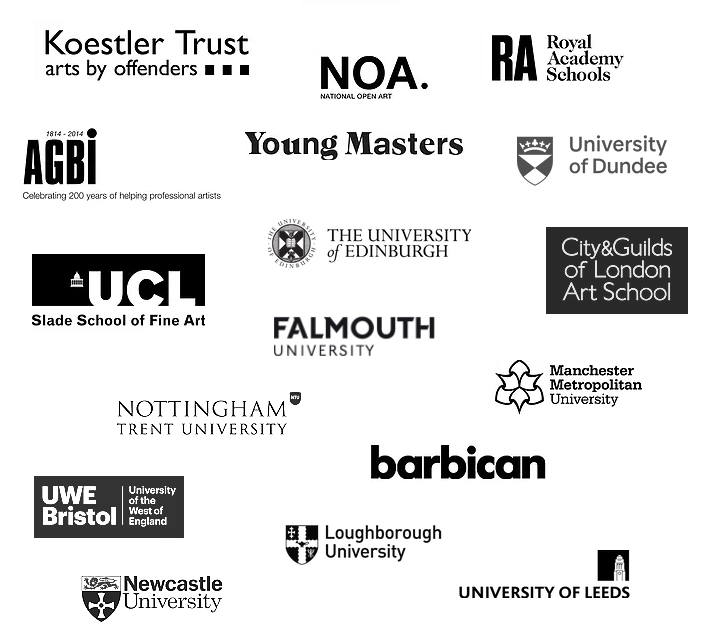 Sponsorship Spotlight: over £94,200 paid back into the artistic community


In the last three years alone the Artists’ Collecting Society has re-invested over £94,200 back into the artistic community.


The Artists’ Collecting Society (ACS) was founded by Harriet Bridgeman, founder of Bridgeman Images, in 2006 as a not-for-profit, Community Interest Company (CIC).

ACS takes its status as a Community Interest Company very seriously. At the heart of the Artist’s Resale Right, and what we do, is the idea that artists and their estates should benefit from the increasing value of their work. After all, there would be no art without artists. This underlying principle is one of the reasons that ACS was founded as a Community Interest Company. One of the many attractions for our members is the fact that any surplus income is locked into the company and used for the benefit of its member artists and the artistic community – with a particular emphasis on education, rehabilitation and younger, emerging artists.

ACS is passionate about supporting emerging talent. Since our inception in 2006, ACS has supported a number of worthwhile causes, charities and prizes such as the Artists’ Benevolent Institution (AGBI) and the Visitors’ Choice Award, London at the National Open Art Competition. Over the last three years our CIC initiatives have more than quadrupled. Since 2016 we have delivered talks on intellectual property at universities and galleries throughout the United Kingdom, we have established three artist residencies and gifted more than 45 prizes and bursaries.

ACS is delighted to offer a range of prizes and bursaries at different universities and art schools throughout the United Kingdom. In 2016, we began our partnerships with Falmouth University, Loughborough University, City & Guilds of London Art School and the Slade School of Fine Art (UCL) to offer third-year Fine Art undergraduates and second-year Master of Fine Arts students financial assistance during their final year of study.

ACS is dedicated to encouraging the next generation of artists. We are delighted to provide a bursary which provides support for a student in their vitally important third year of study at the Royal Academy Schools. The financial aid ACS provides is able to facilitate the production of new work ahead of the RA Schools Show, an annual exhibition featuring work by students in their final year of postgraduate study, which encourages emerging artists to explore and experiment with a heightened sense of creative freedom.

In 2016, ACS partnered with the City & Guilds of London Art School and the University of Edinburgh to offer a graduating MA Fine Art student from each university a fully-funded 12-month residency at a studio of their choice. Past winners include Flora Yukhnovich, Alex Weir, Eleanor McCullough in 2017, and Natanya Barrett and Sophia Pauley in 2018.

ACS has supported the Koestler Trust, a leading prison arts charity in the UK that has been awarding and exhibiting artworks by offenders, detainees and secure patients for over 50 years, since 2013. The financial funding ACS provides supports the development of a variety of prizes, inspiring offenders to take part in the arts, work for achievement and transform their lives.

In 2012 ACS began sponsoring Young Masters Art Prize, which celebrates an eclectic array of contemporary artists working with traditional methods. The six-year partnership has provided important career-building recognition and exciting exhibition opportunities for a wide range of emerging artists. ACS is delighted to fund an eponymous prize which is awarded to two highly-commended artists each year who combine skill and innovation with an awareness of art history.

‘Without the support of the Artists’ Collecting Society, the Young Masters Art Prize would not be possible.’ Daisy McMullan, Associate Director

We have been educating emerging artists on their intellectual property rights, particularly with regards to the Artist’s Resale Right and copyright since 2010. Keeping up-and-coming artists informed as to how to protect their interests is a priority. With this in mind, the ACS team are delighted to have collaborated with a range of galleries and institutions, such as the Royal Scottish Academy and the Royal West of England Academy, alongside our university partners such as the Slade School of Fine Art (UCL), Falmouth University, City & Guilds of London Art School, the University of Edinburgh and the University of the West of England, Bristol to give engaging talks on the finer points of artists’ rights management.

As a Community Interest Company, ACS does not deduct any amounts for the purpose of social, cultural and educational services. However, if at the end of the financial year any surplus income remains, it is legally locked into the company and has to be used to benefit the artistic community.