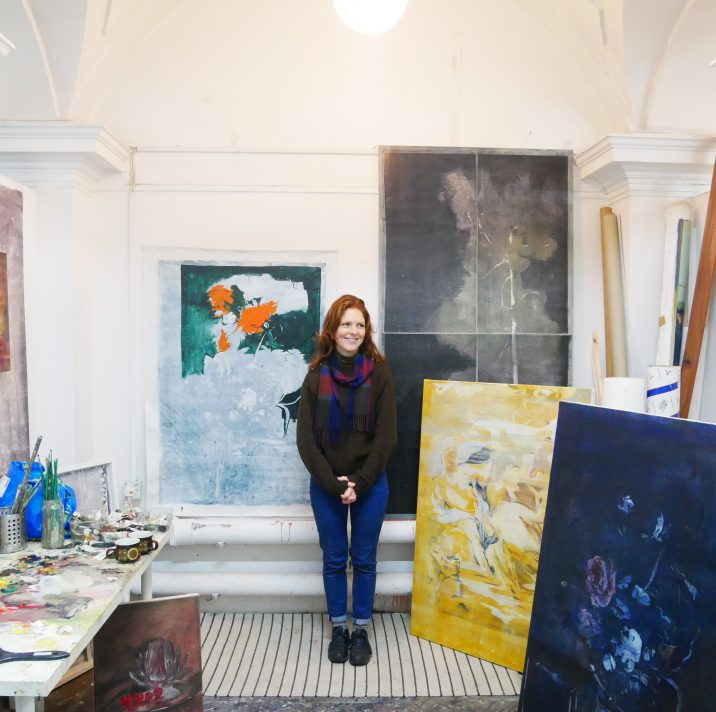 Eleanor May Watson in her Lewisham Arthouse studio © ACS

Over the course of the past year, ACS was able to partner with more institutions than ever before to award a record £33,750 in educational bursaries and prizes to students throughout the UK.

This January, ACS visited Eleanor in her studio to find out more about how she is using the Studio Residency to help development of her practice and make new work ahead of her upcoming shows in 2020.

Q. What does winning the ACS x Studio Residency at the City & Guilds of London Art School mean for you as an artist?

Winning the prize is a huge privilege and honour. It has provided me with the support to make the most of the opportunities which have come from the degree show. I think it is safe to say showing new work can be terrifying and exposing. Winning this award has given me a huge boost in confidence in order to establish the changes I have made to my practice in the past year.

I have returned to my studio at the Lewisham Arthouse and I am working towards projects throughout 2020. I am also at the early stages of putting together a crit programme and exhibition programme with my peer group which this award will also contribute towards. Watch this space! 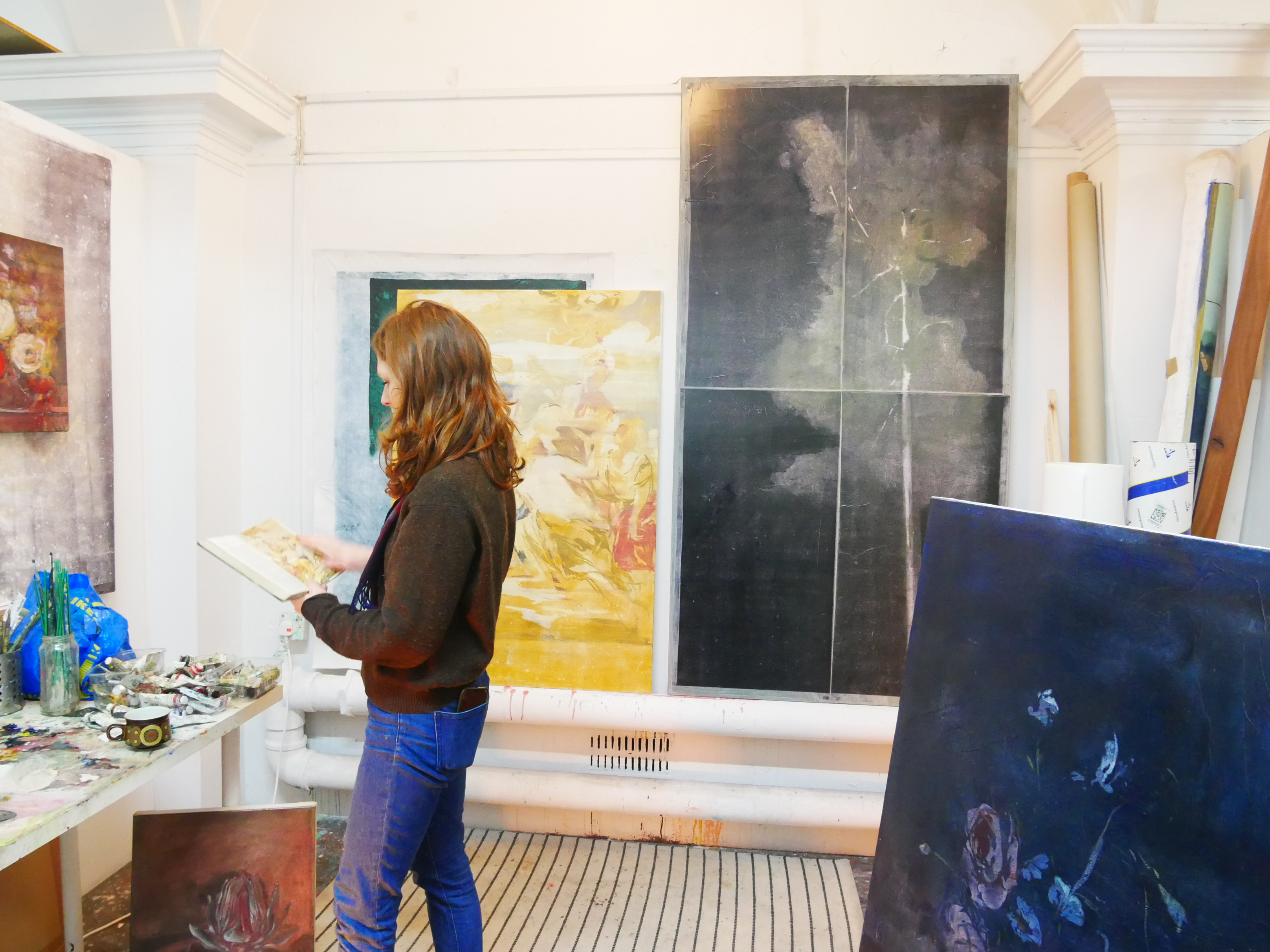 Eleanor May Watson in her Lewisham Arthouse studio © ACS

I have, until recently, been a painter of oil paintings on canvas. I chose to study at City & Guilds of London Art School in order to challenge the frameworks I had developed to make paintings. As a result, I spent most of the year making monoprints, which bridged the gap between painting and drawing. Monoprinting appeals to me for its removed, almost mechanical, intervention between the gesture and the finished image. There is also the inherent surprise of it being reversed and the delight of incidental marks.

The sensibilities of these prints tie-in with my subject matter, exploring nostalgia in hazily-lit, crackling surfaces. They have the feeling of an old photograph, which is interesting in relation to nostalgia, as these are entirely hand drawn, therefore, entirely subjective. Nostalgia is also entirely imagined, as a re-representation of the past. 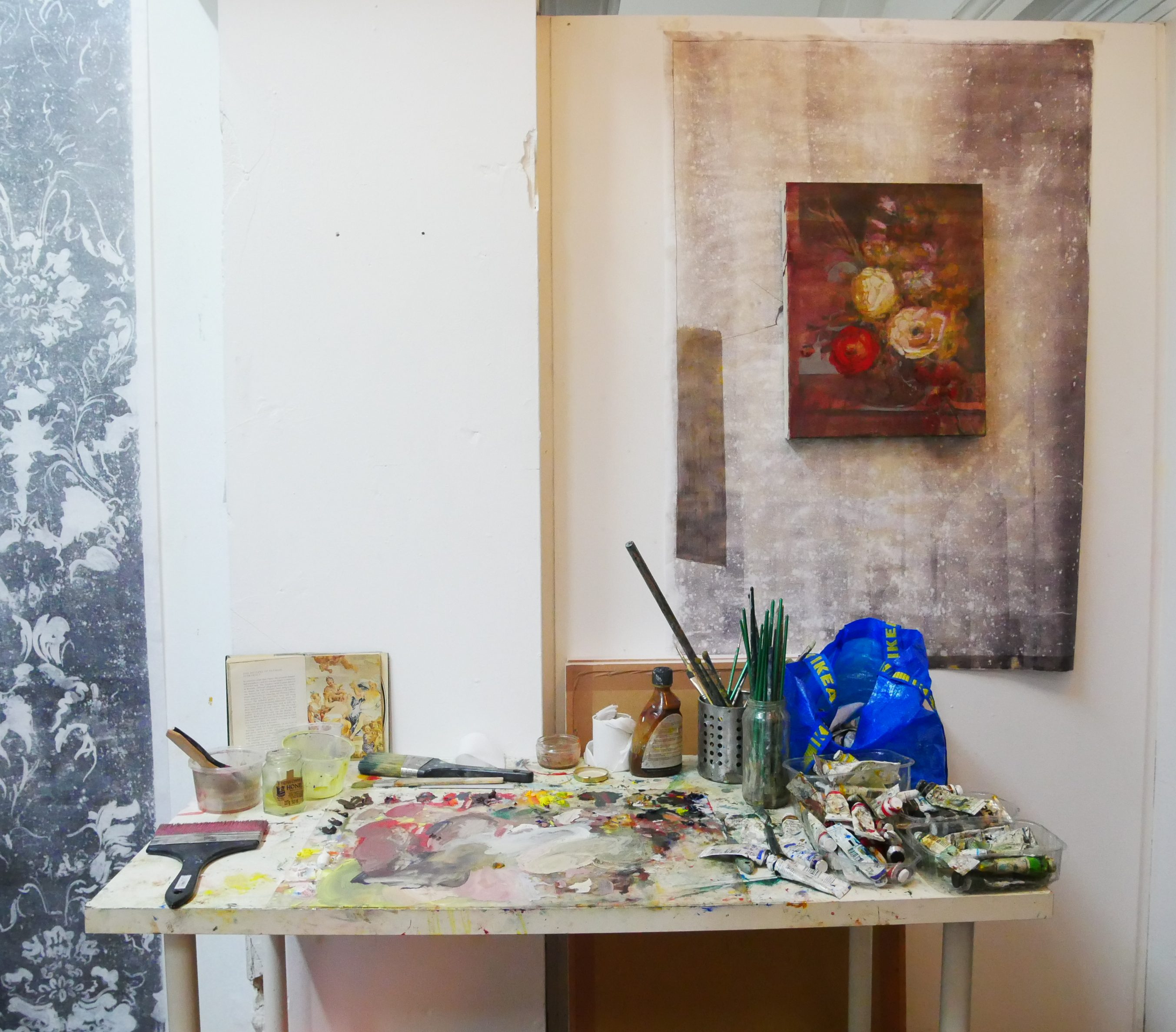 I have also recently been painting in oil on small pieces of timber in order to emphasise the painting as an object. To play with the illusion of the painted depth against the solidity of the wood.

I am continually drawn back to the English stately home: its spaces, objects, patina, palette and aesthetic. I am fascinated by the allure these spaces hold for me. I grew up visiting these houses and became obsessed with making dolls houses. My relationship with these became much more complex as my awareness of their socio-political and historical context grew.

In my studio, I return to these spaces full of romantic escape to think about beauty, indulgence, art, value, class and privilege on a personal level. On a wider scale, I am working within the enormous shadows of patriarchy, empire, and colonialism. I am interested in exploring these through layered imagery which is elusive in definitive meaning and deals with simultaneity.

I gather found photographs and photocopies from books and scatter them across my studio floor, making shifting piles of unfixed categories. Source material for the large-scale prints depend on a certain quality of light – which only partially describes the objects within the space – in order for them to ‘appear’. 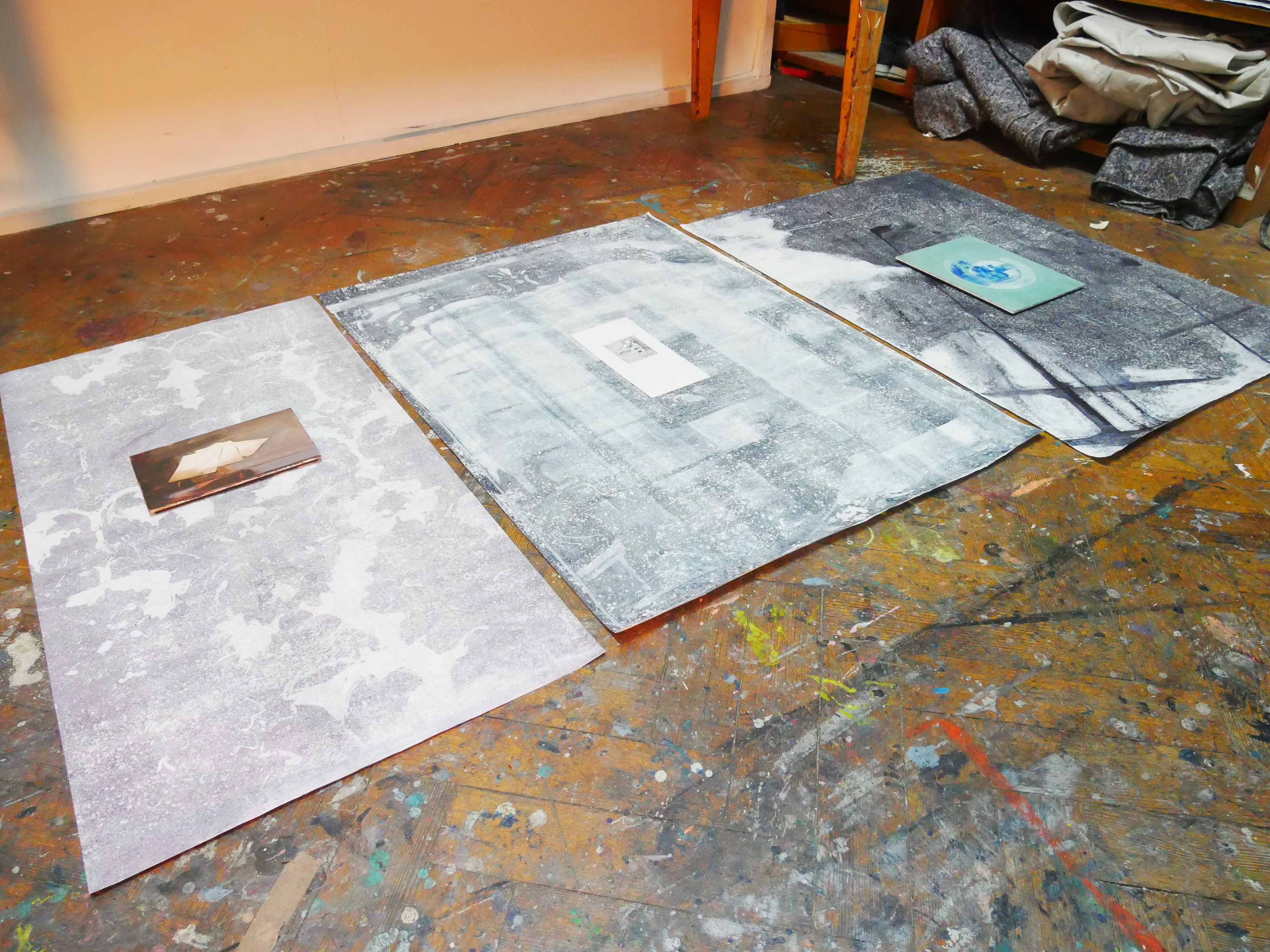 For the small paintings I horde images of antiques, as though I am shopping for my childhood dolls house. I shuffle these around, cut them up, crop them, until something clicks into place; the photo reveals a potential for becoming a cypher of multiple meanings. It is important these are not definitive, but must carry many simultaneous meaning. 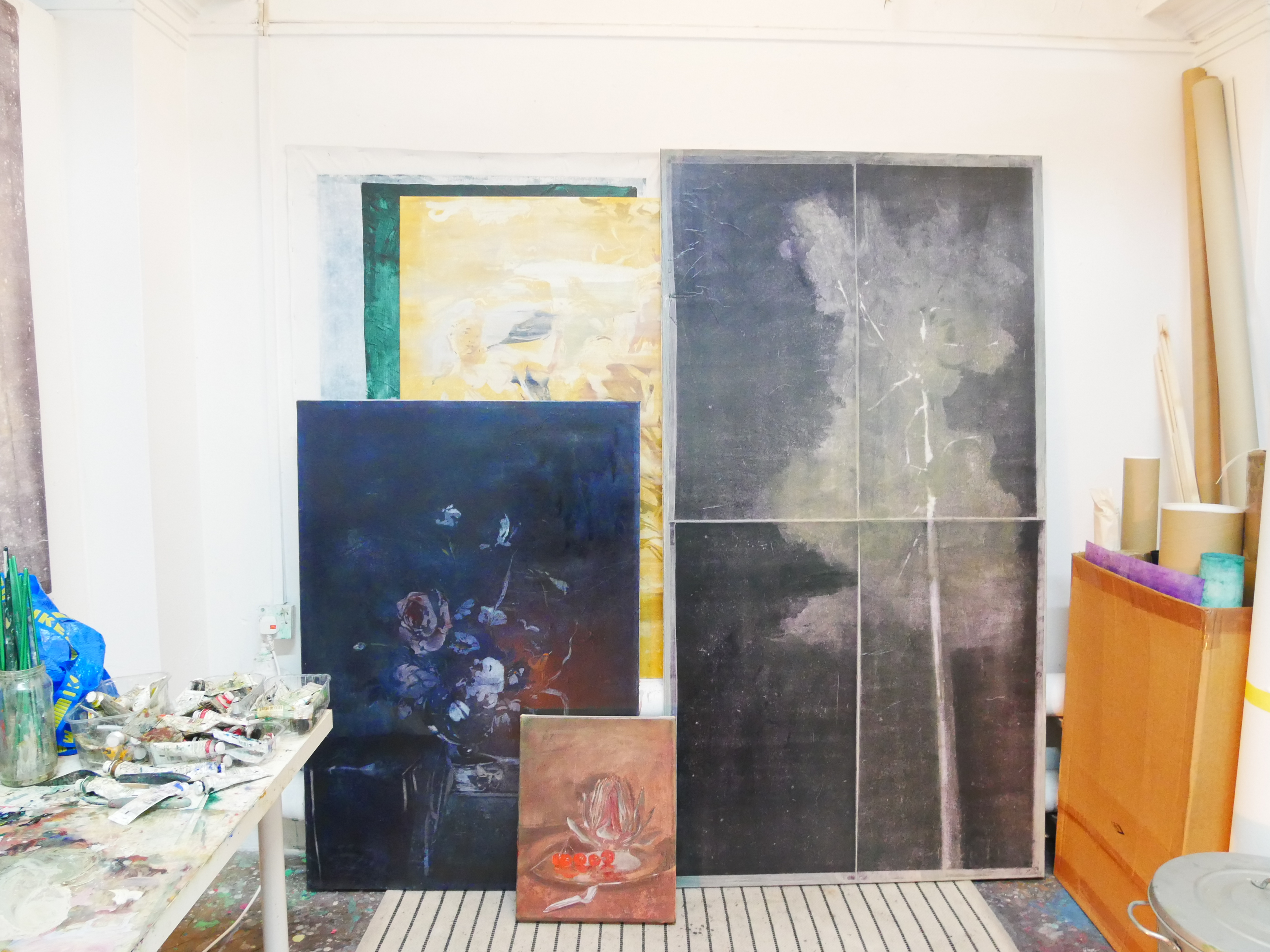 I feel like starting to paint is like inviting a daydream. The challenge is to inhabit that space without breaking it. There is also the movement of the material. Paint has a hypnotising ability to depict things.

Yes! I remember being at primary school and drawing a princess in a field of flowers. The princess stood in front of an easel and was painting a self-portrait. I don’t know why she was royal? And blonde!? I blame social conditioning.