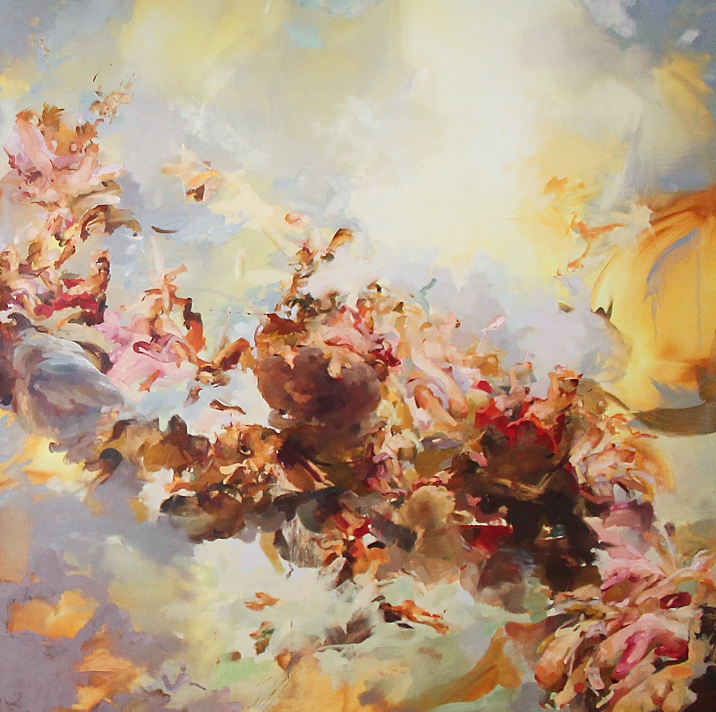 Since 2016, ACS has partnered with universities and arts institutions in London, Edinburgh and Brescia, Italy to provide a range of fully-funded studio residencies for emerging artists.

ACS is proud of its status as a not-for-profit Community Interest Company. As we operate solely for the benefit of our member artists, any surplus income is used to support our members and the wider artistic community. This commitment to the arts has assisted in supporting a great variety of educational projects and charities since our society was established in 2006.

In addition to over 55 materials prizes and bursaries awarded at 18 arts institutions and charities throughout the UK in the past three years, ACS also offers residency prizes which cover the cost of studio space for emerging artists.

In 2016 ACS began partnerships with the City & Guilds of London Art School and the University of Edinburgh to offer graduating students from each university a fully-funded 12-month residency at a studio of their choice.

In 2019 ACS began working with the Palazzo Monti to offer a six-week residency in a 13th century Italian palazzo. Based in Brescia, Italy, the Palazzo Monti artist residency programme has hosted over 50 artists from 34 countries since its foundation in 2017. ACS offers a painting residency for EEA nationals to help emerging artists expand their working practices in an international and collaborative setting.

Find out more about the past winners of our residencies below:

In 2017 painter Flora Yukhnovich won the ACS Studio Residency at the City & Guilds of London Art School, a £7,000 prize which secured studio space at the Hotel Elephant in London for 12 months. Following this, she enjoyed her first solo exhibition at the Brocket Gallery in London from which all available work sold out ahead of its official opening.

Yukhnovich’s work is inspired by the Rococo and examines the aesthetics of femininity, particularly the disparity between its position in art history and the artist’s own experience in contemporary society. ACS interviewed Yukhnovich for our Student Spotlight series, which you can read here.

On receiving the Residency prize, Yukhnovich said: “It’s incredibly motivating and encouraging to have been selected for the prize which has tempered any anxiety about leaving the structure and support of the MA. The certainty of having a studio for 12 months creates another period for developing my practice away from commercial pressures. The prize has enabled me to work full time in the studio and rent enough space to continue working on the large scale, which I find so exciting.” Find out more about Yukhnovich at her website.

Alex Weir won the ACS Studio Award at the University of Edinburgh in 2017 for his colourful installation and painting based work. The £3,500 Award provided Weir with a fully funded 12-month residency at St Margaret’s House, run by Edinburgh Palette. Weir, also known as Smex, received the Award following his graduation from the Painting BA degree course.

His degree show ‘Smex Cafe’ was a fully interactive installation which turned part of the university into a multi-coloured, art-stocked cafe. Weir said of this show: “The idea was to alter perceptions of ‘painting’ and change the way that visitors see artworks and interact with an exhibition, whilst simultaneously creating a fun and accessible space for everyone.”

Since receiving the Award, Weir has gone on to exhibit in a solo exhibition at the DOK Artist Space as part of the Edinburgh Annuale in 2018. ACS interviewed Weir for our Student Spotlight series to find out more about his practice. His website can be found here.

Multi-disciplinary artist Eleanor McCullough received the ACS Studio Award at the University of Edinburgh in 2017. Following graduation from the Fine Art MA course, McCullough began a 12-month residency at Wasps Artist Studios in Edinburgh with assistance from the £3,500 Award.

McCullough’s work focuses on originality and replication in a variety of media. She explains: “from the seemingly arbitrary idiom ‘the Real McCoy’ to imitation butter, the sculptor’s plinth to the picture postcard, my work explores the cultural narratives and artistic legacy of the copy.”

ACS interviewed McCullough for our Student Spotlight series as she began her residency in August 2017, which you can read here. We were delighted to visit McCullough in her studio in March 2018 after settling in to her professional career, by which time she had become a member of the Edinburgh Sculpture Workshop to further expand her creative practice. Since receiving the ACS Studio Award, McCullough has completed a solo printmaking residency as part of the Interdisciplinary Residency Programme at Hospitalfield, Abroath. Find out more about her work at her website here.

In 2018 sculptor Natanya Barrett won the ACS Studio Residency at the City & Guilds of London Art School, a £6,000 prize which helped set up a studio space at the London Sculpture Workshop for 12 months following graduation from the MA Fine Art programme.

Barrett explores gender, racial and cultural stereotypes in her work, and seeks to examine notions of empowerment and gender politics away from the male gaze. Her work also draws on imagery inspired by the Rorschach psychoanalytical test which invites the viewer to interpret unique subliminal messages.

She employs a detailed and varied process to produce her figurative sculptures which includes model making, photography, digital modelling, 3D printing and bronze casting. Her residency at the London Sculpture Workshop will allow Barrett to continue to explore casting techniques and work with new materials. Keep up to date with Barrett on her Instagram page.

Painter Sophia Pauley won the ACS Studio Award at the University of Edinburgh in 2018. Following graduation from the Paintings BA programme, the £3,500 prize helped Pauley set up a 12-month residency at Wasps Artists Studios in Edinburgh where she could expand on the scale of her work and explore sculptural elements.

Pauley’s bold and colourful work is inspired by water and the architecture surrounding the sea, lakes and swimming pools, and her piece ‘Water of Leith’ inspired by the coast off Edinburgh was exhibited at the Pittenweem Arts Festival in August 2018 where she later won the Bursary Award.

On winning the ACS Studio Award, Pauley said: “I am delighted to have won the award as my biggest concern was how I was going to produce work of any considerable scale without sufficient space to work in. I now have a huge incentive and drive to be ambitious and experimental with my work.” Find out more about Pauley at her website.

Eleanor May Watson won the ACS Studio Residency at the City & Guilds of London Art School in 2019 following her graduation from the MA Fine Art programme.

Watson makes large-scale monoprints on strips of Japanese paper to drape theatrically like tapestries across walls. Themes of cloaking and obscuring are embodied in the large monoprints, which in turn bring to mind the Gothic haunted house. These form huge images in washes of colour, upon which hang much smaller oil paintings hat function like incoherent cyphers. The chosen subjects, such as the unlit candle, Chinese vase, and painting of ships setting sail, symbolise both a romantic escape and the truths of history. By layering the images and materials, Watson strives to create a shifting understanding of the viewer’s relationship to her work.

Watson will use the residency to pursue new avenues of making. Find out more about her work at her website here.

Alex Hayward received the ACS Studio Award at the University of Edinburgh in 2019. Following graduation from the Painting BA course, Hayward became the fourth artist to embark upon a 12-month residency at Wasps Artist Studios in Edinburgh.

Hayward’s work explores painting as a way of creating space and form through colour and shape, while investigating what the practice revealed historically. He believes that reflecting on the past enriches the present, and allows us to consider where to go next.

He is also inspired by the way that cinematography and photography can inform the act of painting and drawing. Overall, using a synthesis of writing, painting, drawing, collaging and photography, Hayward’s work explores the past and themes of nostalgia.

Diane Dal-Pra was the first person to win the ACS x Palazzo Monti Residency, a six-week painting residency in a stunning 13th century palazzo in Brescia, Italy, which was first offered in 2019.

Dal-Pra’s current work focuses on the relationship between vertigo, body and moments of modern banality. She is inspired by the composition and dialogue of forms found in the work of Italian Mannerist artists such as Pontormo.

In an interview with Creative Boom, the artist explained “what I’m looking for is to use an ancestral medium in a classical technique, to talk about today’s world. Women are very present in my work, sometimes in a group. I like to try to make their shapes and their emotions communicate. Then, harmonies of colours guide me during the construction of my images.”