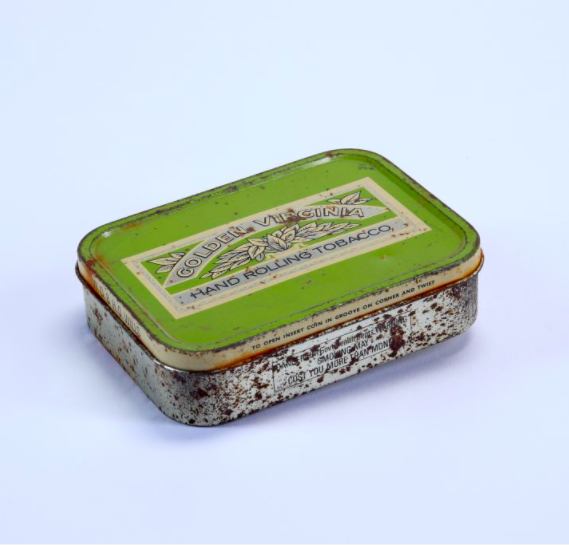 The ACS Studio Prize returned in 2020 to offer one student or recent graduate a £4,500 prize to help secure studio space in a UK city of their choice.

Five finalists were chosen from a national open competition which attracted close to 400 art students and recent graduates, from 85 universities - making the 2020 Prize the largest edition yet.

This year judges Lady Bridgeman CBE, founder of the Artists’ Collecting Society (ACS), celebrated painter and author Celia Paul, and pioneering contemporary artist Gavin Turk deliberated over an initial shortlist of 32 artists from throughout the UK and Europe.

The judges awarded the £4,500 Prize to Dion Kitson, a 2020 graduate of Birmingham School of Art. Dion is a multidisciplinary artist whose work is both playful and pertinent to the current political climate and working-class culture. Working across film, sculpture and public interventions, the artist’s work aims to reflect the surreal banality of everyday life, the mundane rather than the sublime.

Celia Paul said: “His work reminded me of poetry, there is a dark humour in it which reminds me of Philip Larkin. Dion’s practice is very appropriate to this particular time and the focus that it gives on how to turn things into playfulness. I’m moved by them.”

Gavin Turk said: “Dion’s work is dealing with the reality of being an artist in his environment. He takes the outside world and puts it into work, asking the question “what does it mean to him to be an artist?” I think he has a fascinating approach to his environment.”

Camilla Hanney works through ceramics, sculpture & installation to explore⁣ themes of time, sexuality, cultural identity and the corporeal, often referencing the body in both humorous and challenging ways.⁣

Annie Graham is a Scottish woodcarver and graduate from the BA Sculpture & Environmental Art programme at Glasgow School of Art. The artist repurposes scrap wood to give discarded materials new life as artworks.

Habib Hajallie’s Sierra Leonean and Lebanese heritage feeds directly into the artist’s drawing practice. Through the exploration of identity; Hajallie aims to convey a sense of empowerment to marginalised minorities.

Calum Stevenson graduated from Glasgow School of Art in 2020 with a Master’s Degree in Fine Art Practice. The artist predominantly works with paint in a combination of figurative and abstraction, using contrasting elements to question the oppressive power structures in society, revealing them to be fragile and unstable.